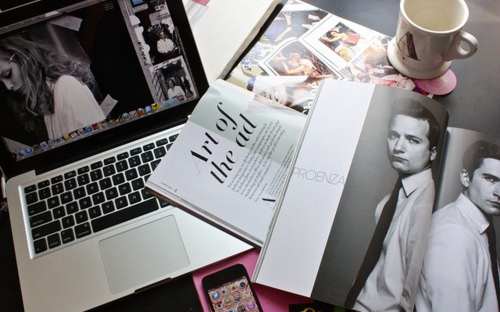 As an aspiring journalist and author, I know it is very hard to get into either industry. The difference between these two is that I want journalism to be my main focus than writing stories. That is what I am actually majoring in, in college, Mass Communications. The area I want to work in as a journalist is Magazines. I don’t know why, but I have been dreaming of having my face in a magazine.

Just the thought of interviewing someone and having that interview placed in a magazine like Cosmopolitan or Ebony or Vogue or even Glamour, just makes me smile from ear to ear. The position I want to soon be in is Editor in Chief, maybe even my own magazine. But since I have no idea what the main focus of the magazine would be, I am sticking with Editor in Chief.

My father thinks that I should get out of my comfort zone and think about having  a talk show, obviously after college. I told him that I wasn’t sure about that because I could never imagine being on tv, I don’t mind having my face in a magazine that’s being shipped world-wide, but being on national television? That is a big NO!

After college I want to move to New York, that is where the most media companies are. Maybe California, Washington, or overseas, but I have been to New York before. I never got to walk around and see where the media companies are because Summer 2016, my great-aunt was with us and my aunt who actually works in New York wanted to give her a tour of the places she knows about. Winter 2016, it was too cold to just walk around, we walked through Times Square, shopped, ate, and went back on the train. Summer of 2019 (I will still be in college, heading towards my sophomore year) I will be looking for those media companies to know where I want to work. Just so that I could prepare myself for Summer 2022 or 2023, it depends on if I am financially stable.

This site uses Akismet to reduce spam. Learn how your comment data is processed.

Follow Rikky’s Blog on WordPress.com
How To Live Your Life

A daily selection of the best content published on WordPress, collected for you by humans who love to read.

The best longform stories on the web

Simplicity in food and travel